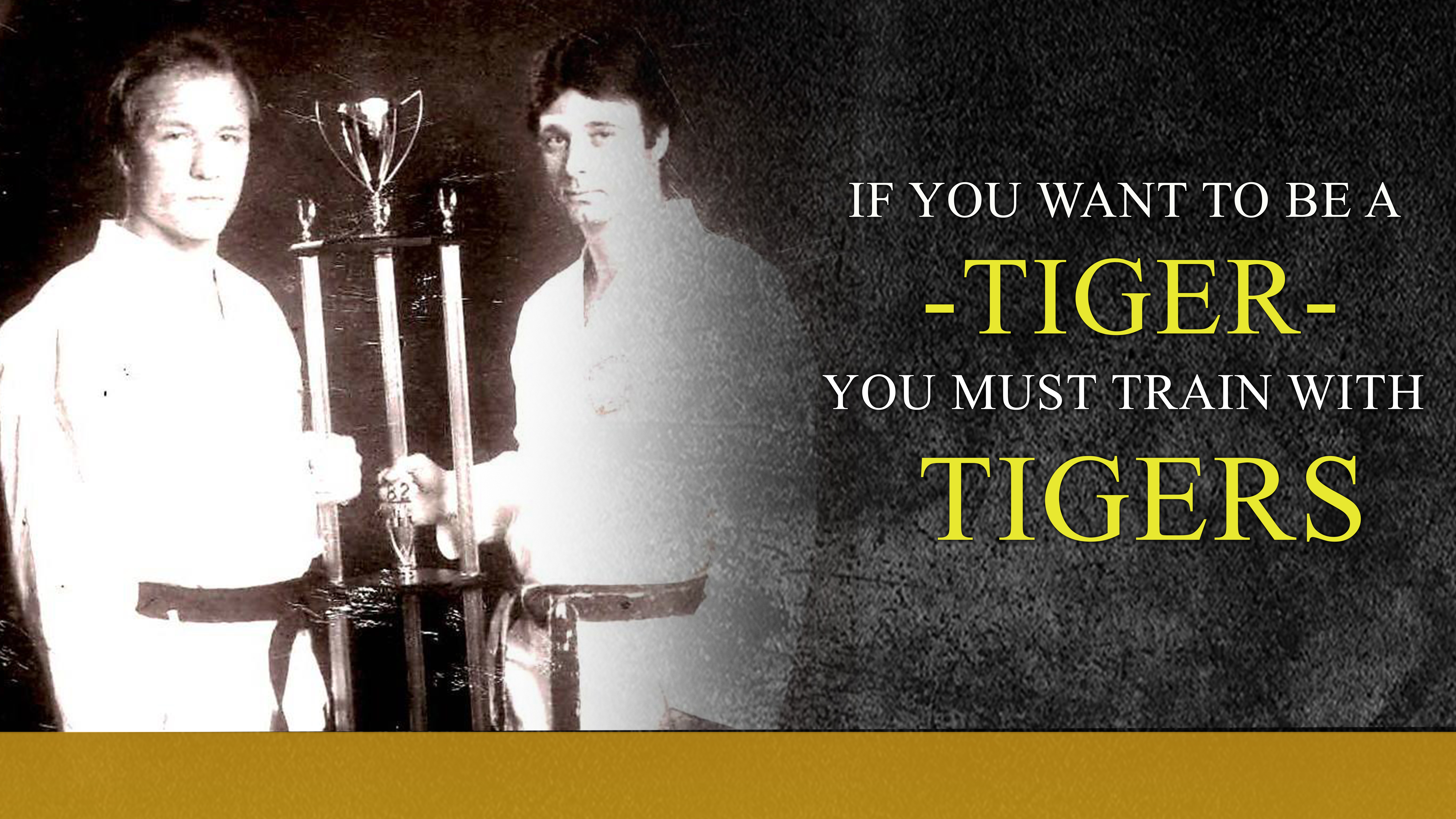 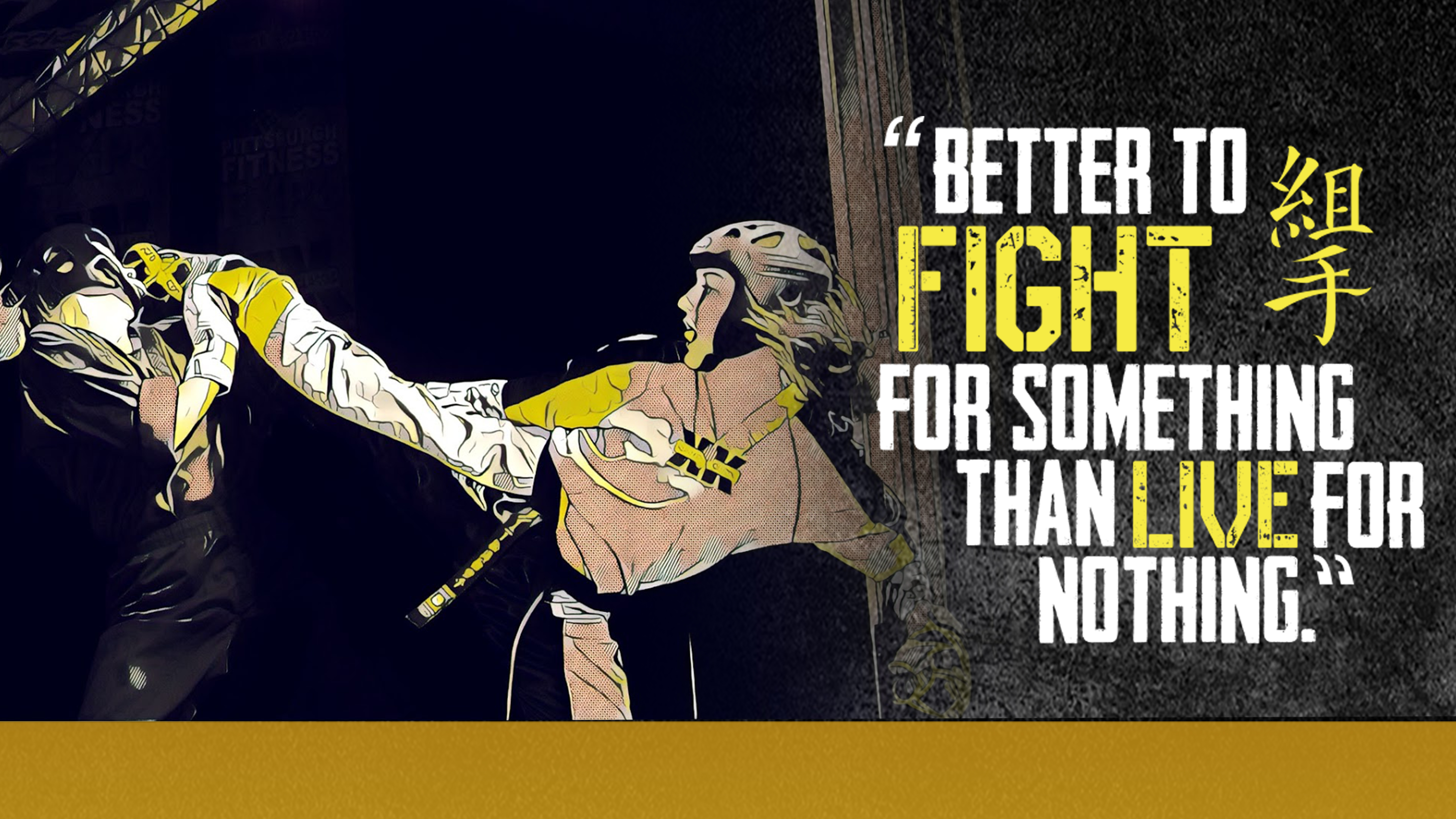 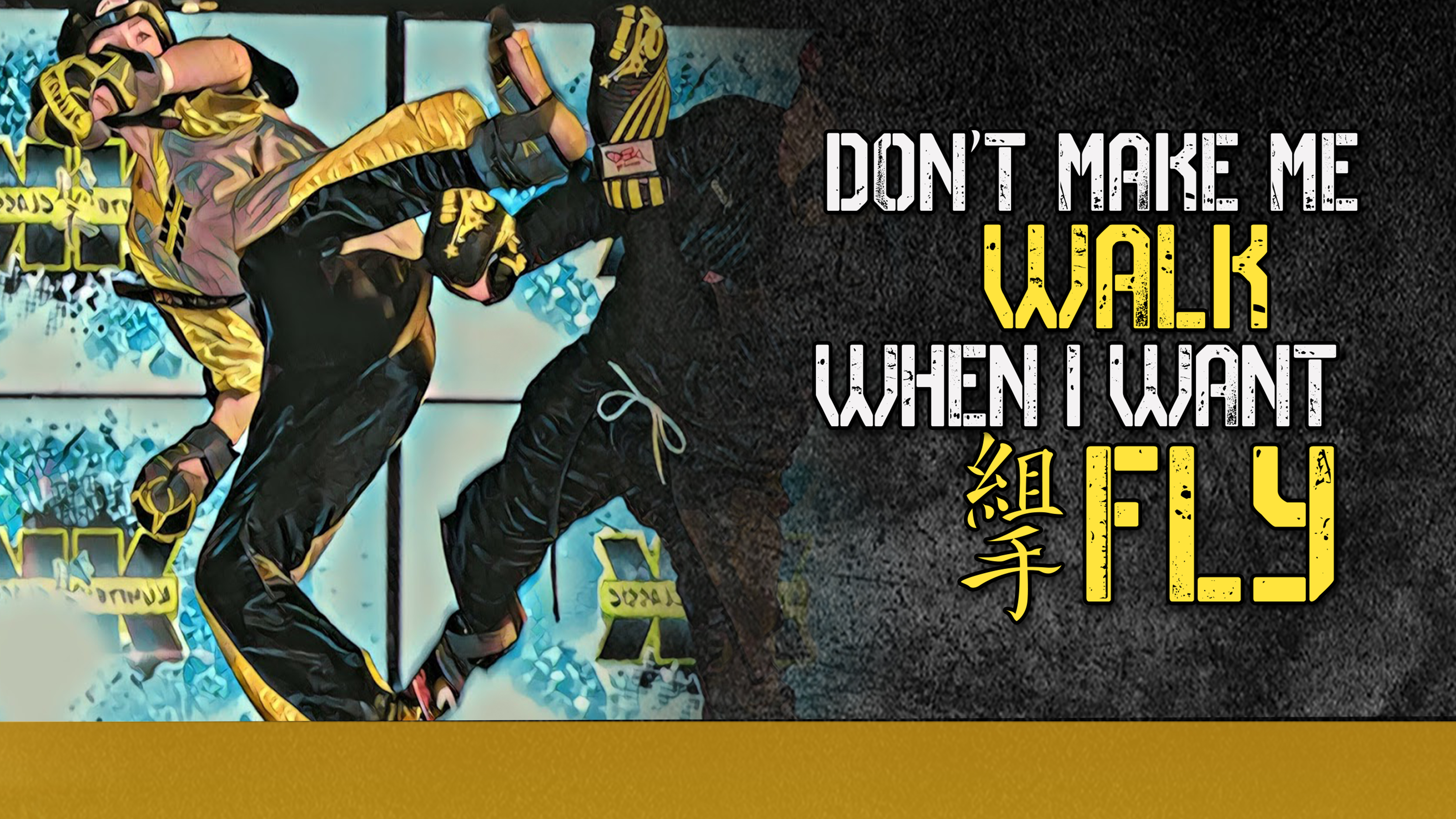 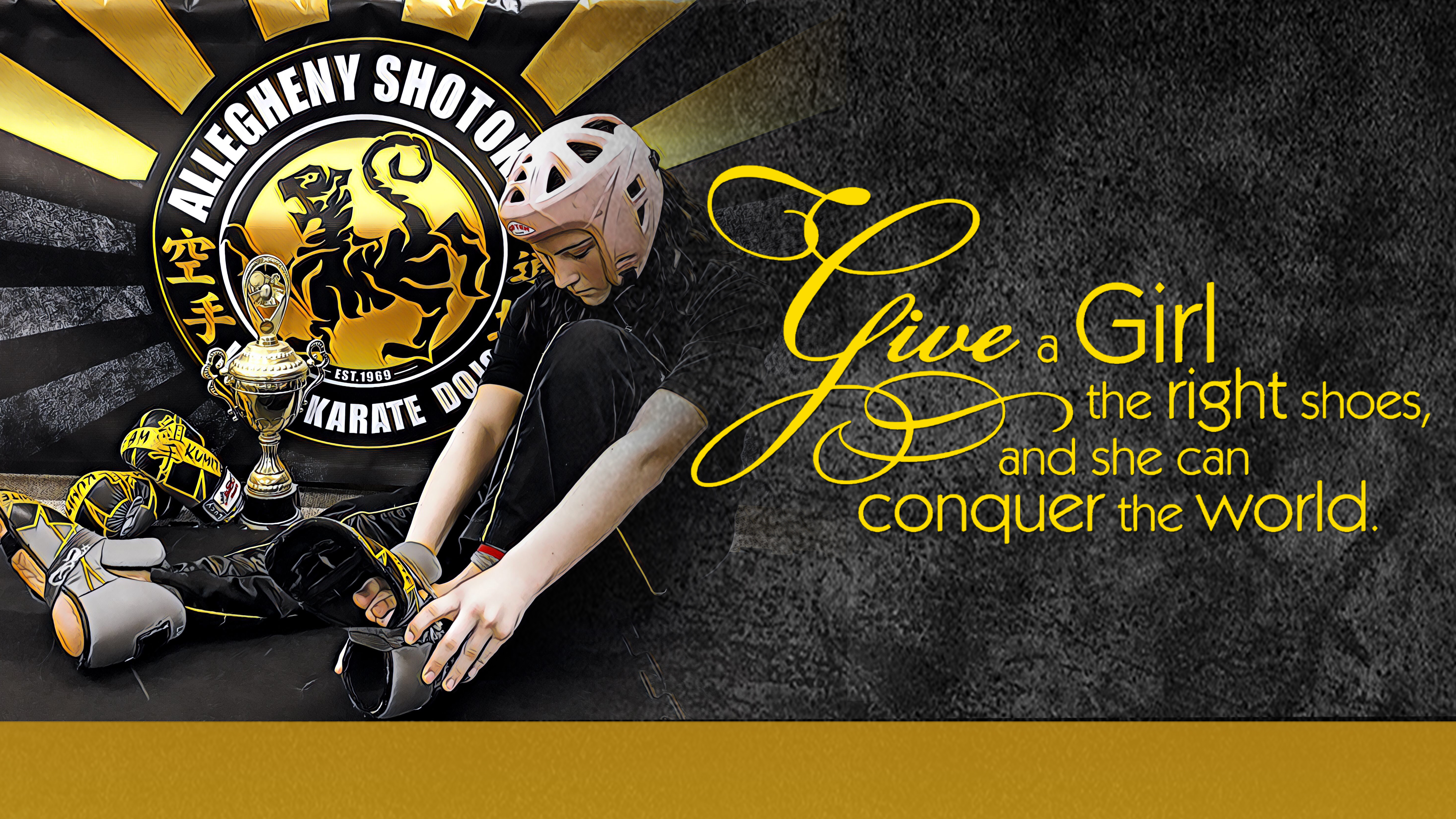 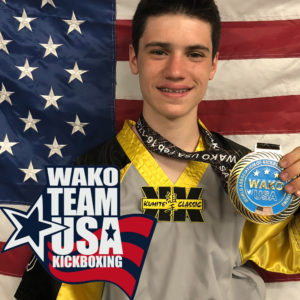 8-year-old Rayden Galley, a member of “Team Kumite” (all-star karate team from Pittsburgh) was the top fundraiser at the PIND (Pittsburgh Institute for Neurodegenerative Diseases) 5K walk/run/kick.  Over 600 participants supported the cause held September 4th at Boyce Park in Monroeville.

PIND offers a unique twist to the traditional 5K by incorporating a “Kick-a-thon” portion where local martial artists literally kick for a mile non-stop alongside the walkers. It is a first of its kind in event in the region, possibly the country.  The estimated amount of kicks thrown by each participant was 2000. With 50 kids joining kick-a-thon category, the total number was nearly 100,000 kicks.

The “Kick” concept was developed former State Senator Sean Logan along with and Irwin native Bill Viola Jr. (owner of Norwin Ninjas and Allegheny Shotokan Karate).  Logan was diagnosed with Parkinson’s disease in his mid-forties and Viola spent years caring for his Grandmother who passed away from neurodegenerative complications.

Viola said, “The cause is near and dear to my heart.  I’ve been looking for a way to fight this epidemic, and having my school ‘Kick’ for a cure was a perfect fit.  Building character is an important part of martial arts.  My students exceeded my expectations by collecting donations.”  Rayden Galley led the group of 50 kickers by donating nearly $500.   The karate students in total donated over $4500 to PIND bringing the 2017 efforts to over $100,000 for the entire project with aid from corporate sponsors and the surrounding communities.

5K In The Park

The PIND takes an integrated, interdisciplinary approach to the study of neurodegenerative diseases and their mechanisms, including Parkinson’s Disease, Amyotrophic Lateral Sclerosis (ALS), Huntington’s Disease, Stroke, and Alzheimer’s Disease. Through basic, translation, and clinical research, the PIND seeks to ultimately apply basic laboratory findings in the clinic, transforming the latest scientific findings into new treatments and applications for those affected by neurodegenerative diseases.

Walk to Cure Parkinson’s Disease, One Step at a Time

Sean Logan spent decades serving the public as a state senator, mayor of Monroeville and head of the Pennsylvania Turnpike Commission.

At age 47, his new mission in life is to help find a cure for Parkinson’s disease after being diagnosed.

“Once you find the diagnosis, you can dwell on it and it’s not going to change,” Logan said. “Myself and my family, we made a decision that we would do something.”

Logan has been working with doctors and researchers at the Pittsburgh Institute for Neurodegenerative Diseases in Oakland, where high-impact research is conducted on diseases like Parkinson’s, ALS and Alzheimer’s.

More than $100,000 was raised through sponsors and community members at the PIND 5K in Boyce Park last year. He hopes to raise more at this year’s event on Labor Day.

The first annual Summer Smash is in the books, and team Kumite had an impressive showing at the tournament.  Sensei Bill Viola was the head referee and Sensei Ali, Billy and Dom were coordinators. 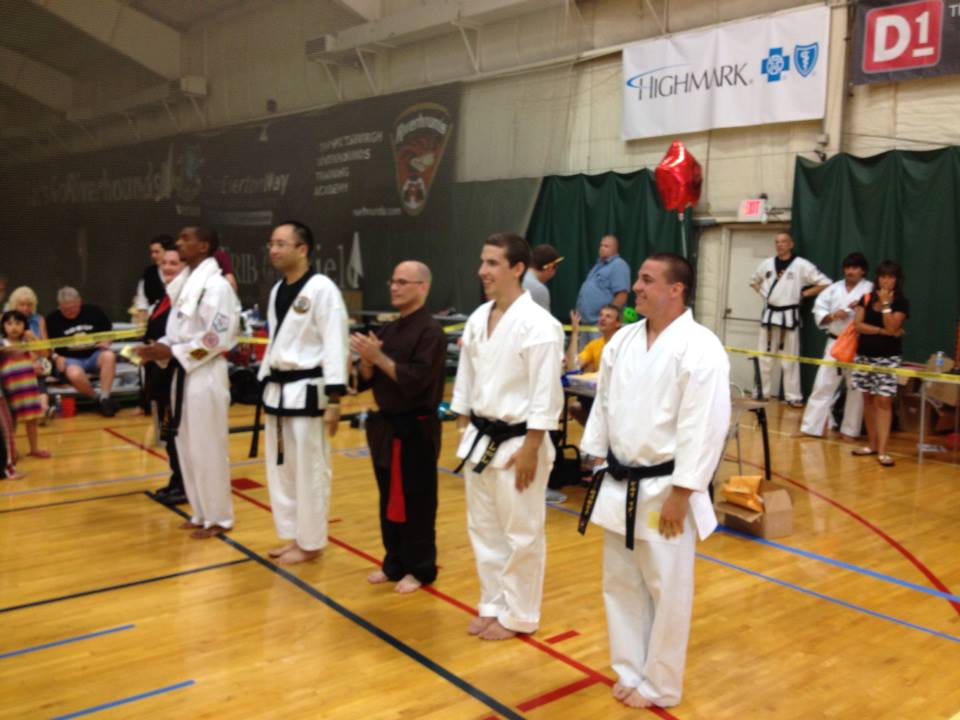 Billy Leader wins the adult black belt Grand Championship with Gojushihosho proving he is not just a national sparring champion but a well rounded martial artist.

Dominic Leader won the black belt sparring championship while his brother Billy took home the top honors in traditional kata.  Cameron Klos won the Jr. Black Belt Sparring title casino jameshallison and Rachel Bartuska took home the advanced grand championship.  The team dominiated the kids sparring divisions, and young Brady Johnson had a standout performance winning the 7-8 division.  Congrats to everyone who attended.  Hope Chase, Bridgid Chase, and Bess Chase aka the Chase sisters all took first places in the Jr. Black Belt divisions.  Special thanks to Ron and Diane Cain for serving has head coordinators, and all our NBL friends who were in attendance to support the event.

Congratulations to White Viper and Peter Chase and Bridgid Chase for hosting a fun and organized competition.

The Kumite Classic is Pittsburgh’s most prestigious open martial arts championships featuring the very best in sport karate, grappling and Brazilian jiu-jitsu.  Sign up for Karate or  Sign up for Grappling/BJJ

Action shots from the 2013 Kumite Classic – Pittsburgh, PA.  Billy Leader executes a double leg take down sweep in the traditional karate division at the tournament.  visit http://www.joekleon.com/fastexpo013/2013fastexpo.html for more photos. 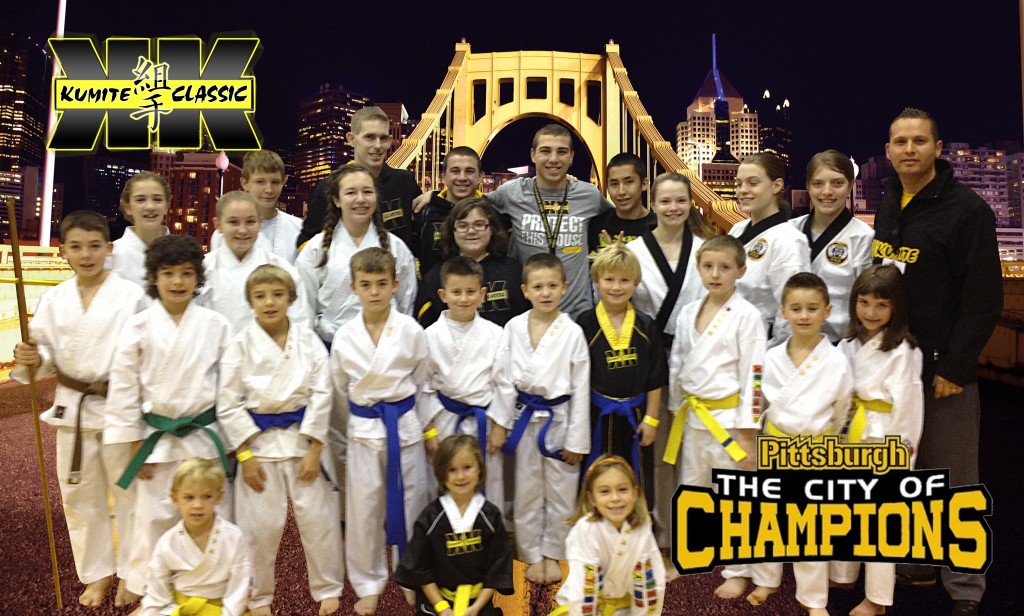 Kumite Classic champions represent Pittsburgh Karate on the Hines Ward Show. WPXI host Alby Oxenreiter, Brett Keisel and Hines were on hand for the program that features Positive Athletes in Pittsburgh. Connor Burns, NBL World Champion Dominic Leader, and Coach Bill Viola all represented sport karate and martial arts. Hines was able to learn some karate on air, and warned the Baltimore Ravens to watch out!

Here”s a clip from behind the scenes on the Hines Ward show on youtube:

The demonstration included Hines learning to retrodbonus block a roundhouse kick and counter with a reverse punch. Connor Burns was interviewed by Hines for his community service and taking time out to mentor younger kids. He emphasized self-discipline and the confidence that karate instills. Team Kumite sported the custom kumite classic black & yellow all star gear gloves. Yeah, Champions bleed black & gold! The team is based in North Huntington Irwin, PA. Dominic Leader was the first recipient of the Western PA Positive Athlete award for martial arts last year and continues the tradition of team kumite with the program!

From dancing with the stars, football and even karate, Hines ward is a true sport and great role model! Visit his website http://www.positiveathlete.org/