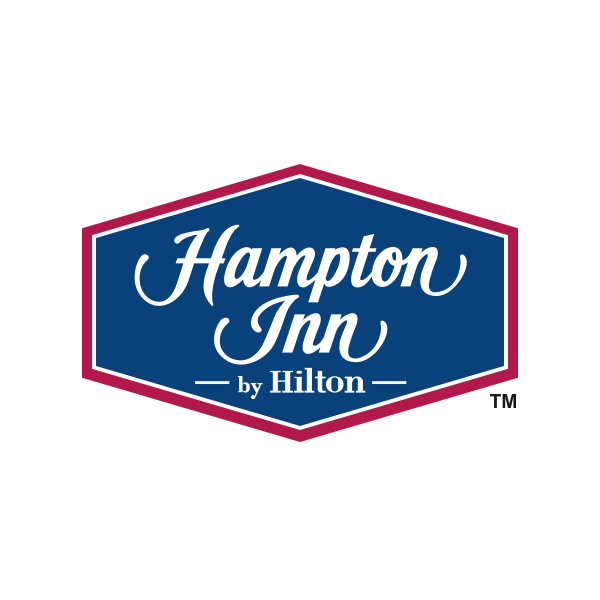 Season’s Beatings! 👊 Welcome to Christmas Kumite , a collaboration of the entire Viola family and the Viola Karate Dojo.  The tournament continues the “Laurel State” Karate legacy that Shihan Viola established in the 1970s.  This is an “open” event that welcomes all styles and schools of karate, tang soo do, tae kwon do, kung fu etc. Whether you are from an Okinawan, Japanese, Korean and Chinese style background, you are encouraged to visit, compete, and make new friendships.  We strive for good sportsmanship within a professional atmosphere.  All our rings are matted and utilized the latest technology (uventex) to ensure accurate score keeping.  Fair judging is a cornerstone of this competition.  If you are a black belt from a school attending, please contact me personally so we share the rules with you and add you to the judging panel.  We want to have a diverse referee core and do not discriminate from any style.  If you have any questions, my personal cell phone is 724-640-2111.  Merry Christmas.   めりーくりすます

*rules are subject to change, please check with center judge for any updates.

*rules are subject to change, please check with center judge for any updates.

JUDGES: All divisions have the option to use 3 or 5 judges.

MAXIMUM DEVIATION: (only used with a 3-judge panel) .02 is the maximum deviation permitted from the “middle score.” This eliminates the impact of one judge altering the outcome of the entire division. This theory has been tested and utilized in national and international events.

TIES: Broken by head-to-head comparison scores of each individual judge (treated as votes). The majority of votes (higher individual preliminary scores) will break the tie if possible. If it is a “true tie” (unable to be broken) the competitors will run their form again and judges will point (by show of hands) to the winner.       Running a different form is optional and not mandatory.

PROTESTS: Must be made at the time of the ruling. Protocol is to ask the coordinator/scorekeeper to alert the center referee. If the situation requires further investigation the ruling can be arbitrated.. All decisions by the arbitrator are final.  *Protests can only be made by someone with an official coaches pass.

UNIFORM: All competitors must wear a martial arts uniform with no foul or offensive language.

AGE: Competitors must compete their age as of the tournament date December 2nd 2019.

SEQUENCE: Luck of the draw is based on a uventex computer lottery when you register. The draw is 100% random and determined by a third-party.

CLOSED DIVISION: A division is considered closed once the first player bows-in to perform a form or once the first sparring match is started. *Exception: computer-based or staff related errors.

TRADITIONAL: No gymnastics, splits, rolls, or creative interpretations. Any traditional uniform with a tie-over-style top is permitted. Patches and/or logos are a non-factor and permitted. A pure white uniform is NOT required, however the uniform should hold true to the standards of the style. Classical Japanese/Okinawan divisions enforce a maximum 4 kiai rule and based on unaltered kata.

FIRST TIMERS:  First timer divisions are for competitors with little to no tournament experience. The purpose it to build self-confidence.  All competitors win an award.

Team forms must have a minimum of 2 players.  No maximum.  The entire team must perform in the “oldest” and/or “highest rank” of any team members.  (Therefore teams can “bump up” divisions but not down).  Teams may perform kata or weapons.  Judges will score on synchronization, technique, intensity and creativity.

UNIFORM: No t-shirts or shorts. No exposed jewelry or metal.  No shoes.

WEIGH-IN: ALL players competing in a weighted division must weigh-in prior to the division (1lb allowance)

BYES: All byes are randomly selected by computer based lottery. Competitors from the same school (not team) will not be matched in the first round if possible. *optional: logic is followed by same country then state.

OUT OF BOUNDS: Out of bounds (exit) is when any part of the body touches outside the mat (tatami).  No points can be scored out of bounds.  Intentional exit or avoiding the fight: 1-point penalty.  A contact exit, force-out, or offensive player who steps out due to momentum is not a penalty.

GROUND FIGHTING: Is not permitted. *Exception:1). All WKC boot-to-boot sweeps are legal and are scored as 1-point if the opponent is deemed down from the sweep. Follow up is an additional 1-point if it scores. Momentum contact is not a penalty.

DOWN BY CONTACT: A player is considered down by contact when any part other than hands/feet are touching the ground [knee, elbow, hip, or backside etc.] after making contact with their opponent. The match is stopped.  No Penalty.

FALLING DOWN: A player is considered “fallen” down if they “intentionally” fall to the ground on their own accord (with or without contact).  1-point penalty by majority judge’s discretion.

POINT TECHNIQUES: All clean martial arts punches, kicks, ridge hands, and back fists that use appropriate contact and form in the designated scoring areas. (Important: a hand or foot that touches the scoring area does not always warrant a point. The technique demonstrate martial arts merit). *This is a subjective matter, similar to  umpires calling balls/strikes in baseball.  Protests cannot be filed on judgement of points.

SCORING: 1-point: hand techniques and body kicks. 2-points: head kicks, jump body kicks, and spinning body kicks.  3-points:  spinning head kicks, elevated (jump) spinning kicks (including cartwheel kicks). 1-point for sweeps (that cause the other player to go down additional point if score on the downed opponent). *WKC-style either front leg or rear leg sweeps are permitted.  Player with the most total accumulative points after the 2-minute round is the winner. Preliminary tie: Sudden Victory (next point wins).

Win BY 2: All “first place” matches must have a 2-point spread to determine the winner.

ILLEGAL TECHNIQUES: Haymaker (swinging/wild punches) with no regard for control, strikes to the groin or throat, uncontrolled, excessive or malicious contact to any area, intentional striking to non-scoring areas (spine, joints, legs etc.), late hits, dropping to the ground to avoid the fight, intentional running out of bounds.LEGAL CONTACT:

DQ (Disqualification): is based on the majority vote of the judges (*or if the arbitrator is ringside and witnesses the infraction). Malicious contact is automatic disqualification. Incidental excessive contact, accidental contact and/or self-inflicted injuries that may cause swelling or draw blood are subject to discretion of the arbitrator after consultation with judges. Medical staff has the final say if a competitor can continue or not.

INJURY: If a player is unable to continue on his own accord or is advised by medical staff to bow out due to incidental contact, accidental contact or self-inflicted injury then his opponent will advance.  Players will not        advance if they intentionally injure their opponent or use malicious contact.

CLOCK MANAGEMENT: Black Belts: 2-minute running clock except final 30 seconds (clock is stopped on each “stop” break). Under Belts: clocked on breaks in final 10 seconds. Match over at “0” on scoreboard.

COACHING: Coaches must wear an official coaches pass (wrist band) that is purchased for $10.00.

(1) Ten-second time out is permitted per match. Coaches must stay within specified coaches box. Only 1 coach per box.  Coaching without a wristband is a penalty. The timeout can only be used during standard match breaks (not during the flow of a match). A coach does not have to be a black belt (parents are permitted to coach with a coaches pass.  Coaches are only allowed on the competition floor when the specific division is being staged or in progress.  No coaches on the floor for forms divisions.

Normal point sparring rules apply.  Create your own team, or partner up with a friend(s) from another school. Minimum of 2 players to make a team, maximum of 3 players. 2-minute matches/Total Points.  Each time a player scores, the scoring player must tag in a new teammate.  If a player is scored on 3 consecutive times, and automatic tag is made.  The “switch” or tag only takes place on the call/break by the center judge. 1-time out permitted per team. The team that calls timeout, may make a switch if they choose to.

Christmas Kumite Divisions:  Subject to change *weighted divisions will be seperated at the ring. Most updated info will be posted on MyUventex